Yes, you read the title of this post correctly. 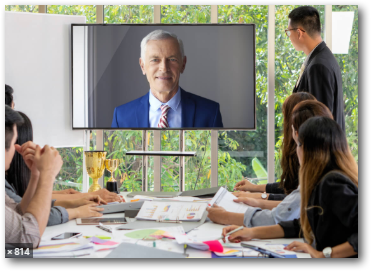 “The hearing of Gare versus the Communications Regulator was rescheduled due to poor communications.”

I’m sure the opportunity for FIRS to create a ‘red-top’ style lead-in like this doesn’t come along often! It would make me smile if it wasn’t so concerning, however, before talking about that, let’s talk about the what’s happening regarding the Notice of Appeal hearing.

As you heard, the court case has now been scheduled for 6th and 9th November 2020. As the Senior Magistrate has been recused a London-based judge, John Hardy QC has stepped in to be the Acting Senior Magistrate (ASM), and it is he who made the comments heard above. The Communications Regulator is to be represented by the Attorney General.

From the feedback, I heard I’m pleased to say that the case is being taken very seriously and has raised several issues that are of broad public interest. The ASM has undertaken much research I’m pleased to say and states that a “complex public law issue is at stake”.

It seems that the judge’s decision with this type of civil issue is ruled by the principle Judicial Review (JR):

The Institute for Government describes a Judicial review as a kind of court case, in which someone (the “claimant”) challenges the lawfulness of a government decision. This can be the decision of a central government department, another government body such as a regulator, a local authority, or certain other bodies when they are performing a public function.

Concerning the Notice of Appeal, this means the focus of the case will be on how the decision was made and its reasonableness.

I am really disappointed to hear about the failure of the first court video conference yesterday morning at 09:00 local time. Nobody could have failed to see the irony of the situation as this case is about a hobby rather than the broadband issues I have been writing about on OpenFalklands since early 2019.

This was further compounded as my solicitor tried to ‘communicate’ with me after the hearing to update me as to what went on. He tried to make a telephone call to my UK home, but the ‘line’ would not connect, so he then used WhatsApp call. Yes, we connected, but the 45-minute call would be rated as 0.5 out of 10 as it was continually breaking up throughout the call due to congestion on the satellite.

What was the cause of the video conference failure? Nothing new, I’m afraid.

First of all, a bad day was chosen for the hearing as it was the last day of the month. This is the day when all Sure’s broadband customers glut themselves, quite rightly, on the Internet to use up the last penny of their monthly quota before they lose it. This could be avoided so easily by staggering the end of the month for their customers. This cannot be done due to “technical reasons,” i.e. the billing system not allowing it so goes the reasoning.

What I find even more disappointing is that the exceedingly poor Quality of Service (QoS) or Quality of Experience (QoE) in times of congestion such as experienced on Friday is totally predictable.

I wrote about this countless times on OpenFalklands, and it was one of the key subjects discussed in my public presentation last November in the Chamber of Commerce in Stanley. There seems to be zero interest in digging into this. Some of these posts can be seen here, here, here and here. The principle point of what I was saying was:

When the capacity of the satellite that is used for broadband was doubled back in December 2019, usage quotas were simultaneously doubled. This effectively erased the benefits of increasing satellite capacity at times of peak congestion. In fact, this probably applies at other times too as the individual profile of Internet usage probably also changed. For example customers were watching a lot more streamed services such as Netflix that are bandwidth hogs. In fact, QoS and QoE has probably deteriorated following the capacity increase. A better technical approach would have been to only increase quotas by say 70%.

I will post updates on the Notice of Appeal when I have some more news.

By the way, I often listen to Falklands Radio here in the UK as I really like the presenters’ selection of music and it reminds me of driving through Camp with the car radio blaring away!